How a business improvement district helps – an American perspective 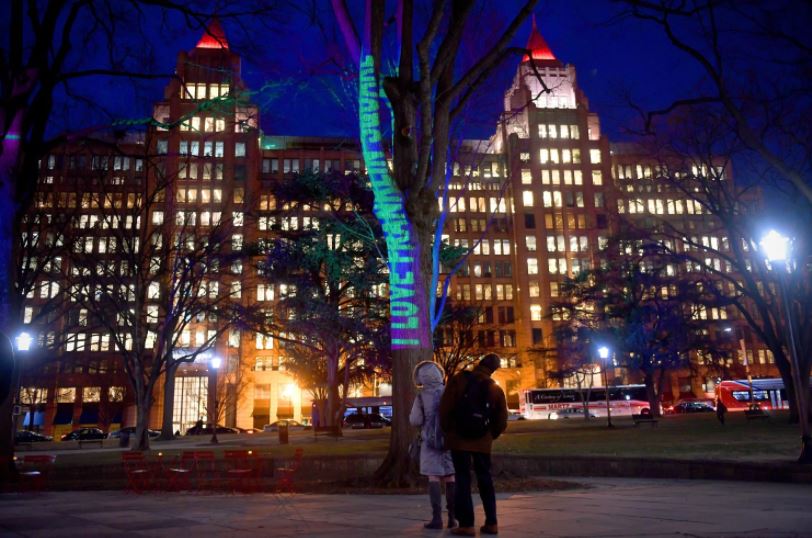 When you see those nearly ubiquitous business improvement district banners affixed to lightpoles in retail areas throughout the Washington area, you may think the BIDs are merely serving a public relations function for the shops and eateries there.

BIDs do more than that — they perform particular services that local governments may be unable or unwilling to provide, usually because of inadequate annual budgets. Thus, jurisdictions often rely on BIDs.

Yet many residents know little about BIDs: how and why they exist, how they are funded, where they are situated and what improvements they effectuate.

The District has several BIDs, as do Northern Virginia and suburban Maryland jurisdictions. Hundreds of BIDs operate in cities, towns and counties throughout the United States. New York City has 74 BIDs.

What is the purpose of a BID?

BID goals and activities are diverse, but all BIDs seek to bring about desirable improvements benefitting the defined district as well as the city, town or county as a whole. Improvements range from being simply cosmetic to significantly transformative. Here are some of the ways BIDS help communities:

● Basic housekeeping: BID employees help keep the improvement district cleaner than it might otherwise be, picking up trash left on sidewalks and streets and disposing of it in trash receptacles. BID workers report potholes, broken streetlights, malfunctioning traffic signals, illegal dumping and other urban shortcomings.

● Aesthetic enhancement: BIDs may actively advocate and promote civic art installations in public spaces or on publicly visible private properties in the district. They call attention to and propose elimination of unsightly or blighted conditions adversely affecting properties and property values. Aesthetic enhancement of district streets and neighborhoods attracts more people to shop, work and live in the district.

● Economic development: All BIDs and BID services aim to promote and expand district business activity, thereby creating more jobs and furthering economic vitality or revitalization. A BID, in effect, acts as a localized chamber of commerce.

● Enhanced identity and public awareness: Raising the profile and elevating public awareness of a business district, locally and regionally, is a corollary objective of all the activities cited above. BIDs can help brand or rebrand a district to impart a new, more positive identity. This is a goal of Arlington County’s Crystal City and Ballston BIDs.

What’s involved in establishing and operating a BID?

It begins with a proposal to a local government for authorization to create a specific, geographically delineated BID within the jurisdiction. A BID’s size and shape can vary greatly, and BIDs are not limited to central cities and downtown areas. But, as the name indicates, most real estate within a BID is owned and used for business purposes.

In addition to establishing BID boundaries, a BID charter and operational plan stipulate how the BID is to be managed and, most important, how its activities are to be paid for.

BIDs are financed primarily through a dedicated, add-on BID tax, assessed over and above normal real estate taxes. Only businesses within the improvement district pay the extra tax. Typically the jurisdiction collects the additional BID tax, which is then available to the BID for its budgeted operating costs. However, BIDs are not official government agencies but, rather, function as independent, nonprofit organizations.

And BIDs can be controversial. A BID is being proposed to encompass Alexandria’s Old Town, its waterfront and business areas farther west along King Street. But there is opposition because of the add-on tax, based on assessed real estate values, needed to support the BID.

A number of Alexandria’s business and professional organizations do not depend on street and sidewalk exposure or walk-in customers. They perceive the BID’s streetscape goals providing little or no benefit while imposing an unfair tax burden that eats into meager profits and could prove unaffordable.

Imbalances between type, size and location of diverse businesses within the BID also stoke the controversy. Numerous small businesses worry that a few much larger businesses will overly dominate the BID’s decision-making, programs and expenditures.

Proponents and opponents, along with the city, are working to resolve the conflict, which might entail adjusting BID boundaries and instituting a multi-tiered membership, voting and taxing formula.

Ultimately, a BID is worth creating only if it proves beneficial, directly or indirectly, for everyone in the jurisdiction as well as for the BID’s business constituents.