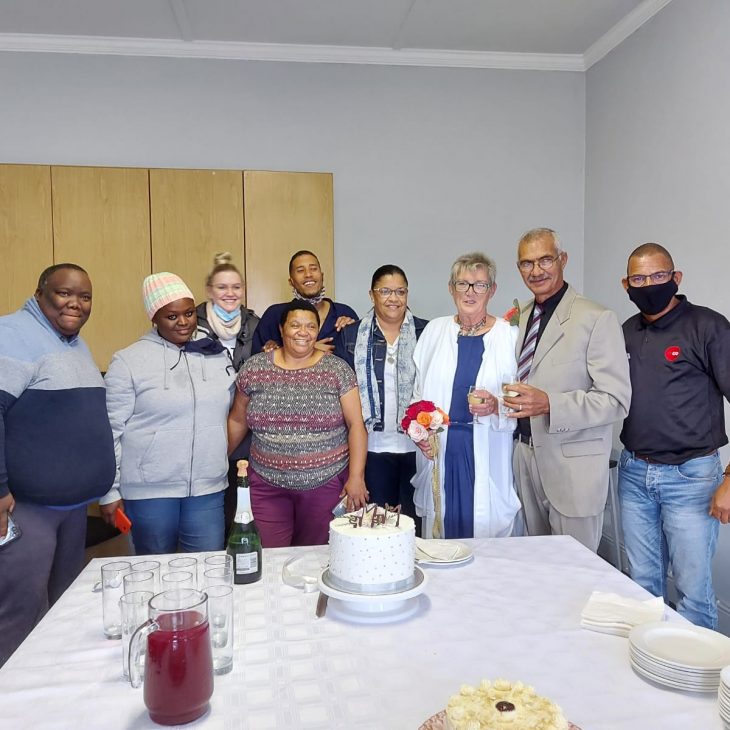 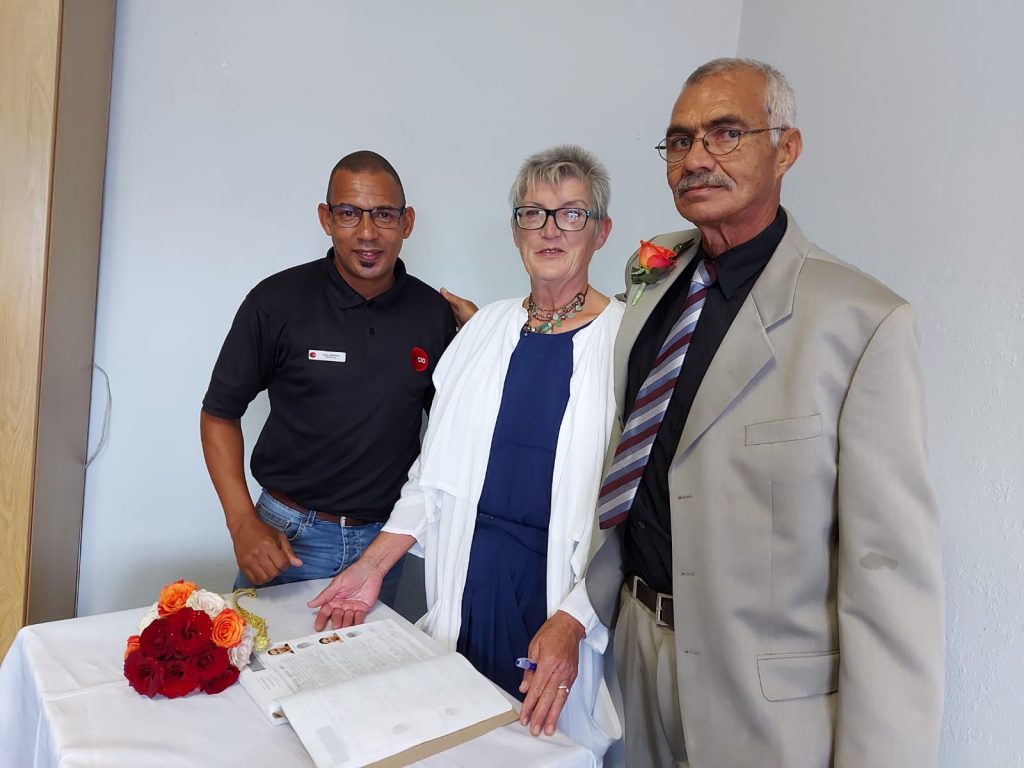 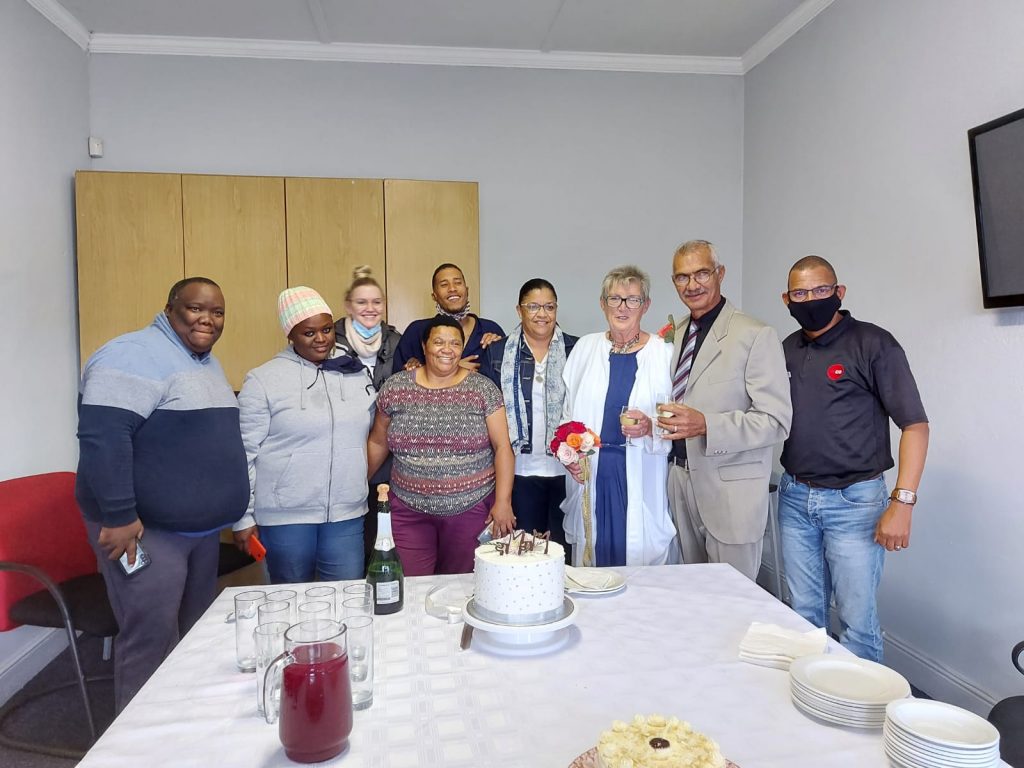 Our field worker, Tonio Gantana, was recently approached by Dirk Engelbrecht and Monica Ramsbottom – a couple who have been staying at Bellville’s Safe Space – a basic facility where street people can sleep safely, sheltered from criminal elements and the weather, with access to ablution facilities and social relief.

Dirk and Monica asked Tonio if he knew of someone who could marry them – a question Tonio doesn’t often get when out in the field. As fate would have it, they asked the right person. Tonio, above and beyond his role as a field worker, pastors at a small Church part-time, and is a registered marriage officer.

When Tonio chatted to Dirk and Monica more about why they wanted to get married, he was touched by their story. They had been divorced for 23 years. Last year, they started speaking again for the first time in years, when Dirk reached out to Monica. 3 weeks later, Dirk sold what he had and got on a bus from Mpumalanga to be with Monica. 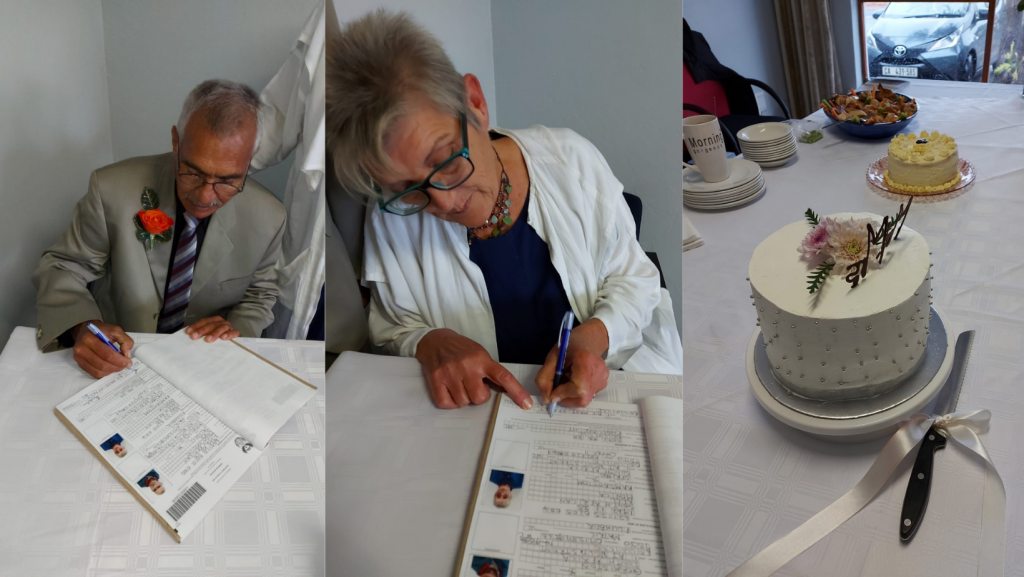 Our Social Development Manager, Wilma Piek, and our field workers Veronica Geduld and Tonio, together with MES’s Head of Logistics and Administration Glenda Nel and MES’s Safe Space Manager Edmund Martis, went above and beyond to surprise Dirk and Monica with a beautiful, memorable wedding ceremony. Within 24 hours, they decorated the GROW board room (where the ceremony was held), and organised a car to drive the couple to the venue, as well as snacks and drinks. Glenda even chatted to the staff at Pick n Pay Willowbridge, who sponsored a beautiful wedding cake. 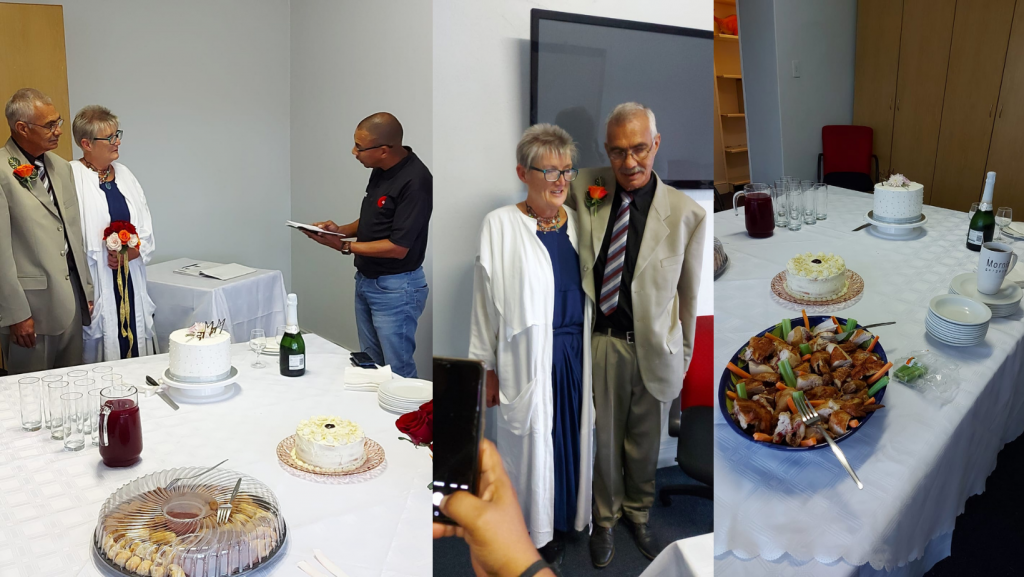 “I didn’t expect any of it – I thought we were going to have a quiet, simple ceremony. There was sparkling wine and snacks, and the wedding car had balloons and ribbons on it – it was so special. Glenda gave me a bouquet of roses the day before the wedding and said to me “every bride needs a bouquet.” When I arrived at GROW I saw the roses by the gate and on the tables – it was so beautiful. I never expected so much care and love. Everyone went out of their way to make this day so special for us. I will never forget it,” commented Monica.